Sanlorenzo, Executive Director of the board & Chief Sustainability Officer

Born in Venaria Reale (Turin), she got a diploma in business administration and foreign languages correspondent. From 1979 to 1985, she worked at Amplisilence S.p.A. (Amplifon group). From 1985 to 2008, she worked at Azimut Benetti S.p.A., holding numerous managerial positions, until becoming a member of the board of directors, from 2001, and then chairperson, from 2003 to 2008, of Atlantis S.p.A. and member of the steering committee of Azimut Benetti S.p.A from 1996 to 2008.

From 2008 to 2018, she chaired Monte Carlo Yachts S.p.A. (Beneteau group), a company she assisted through its founding and development. From 2011 to 2017, she was also a member of the board of directors of the listed company Beneteau S.A.

In 2015, she was appointed chairman of UCINA, Confindustria Nautica, a position she held until her term of office expired in June 2019. She is currently a member of the board of UCINA and of I Saloni Nautici S.r.l., serving as chairperson for four years.

In 2018, she was awarded the "Marisa Bellisario" prize of the Bellisario Foundation in the management category.

In 2019, she joined Sanlorenzo Group, being appointed chief executive officer of Bluegame and executive director of Sanlorenzo. In 2020, she also assumed the role of Sustainability Officer. Since 2021, she has been head of High-End Services Division, dedicated to innovative and exclusive services for Sanlorenzo customers. 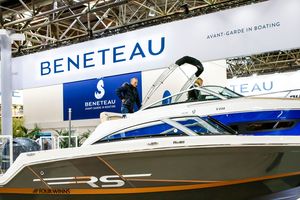