From the banks of the Seine to the shores of the Atlantic, the
career of Harold Guillemin, almost in his thirties, has always seemed closely interwoven with the maritime world.
Bathed in engineering since his childhood and nourished by the technological stories of an entrepreneur father, Harold
decided to join ESME Sudria, an engineering school. A privileged witness to the growth of breakthrough Wavera®
technology, an undulating membrane fluid propulsion system developed by his father, the native Breton made his
debut there for 5 years as a technical manager. He then went through the benches of the CentraleSupélec / ESSEC joint
entrepreneurship master's degree, before deciding to launch FinX. Its ambition: to offer a new nautical propulsion fin.
What a challenge for this young visionary, passionate about biomimicry, convinced since adolescence that the best
way to preserve nature is to be inspired by it. He has managed in three years to unite around his project a team of
twenty people and many players in the nautical industry, including Loïck Peyron, the sponsor of FinX, all of whom are
convinced that this technology will mark the advent of a new era. 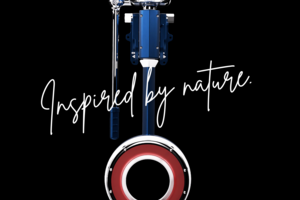