, Member of the European Parliament

MEP Ismail Ertug was born in Amberg, Germany in 1975. After his studies, he held several different positions at the Health Insurance Scheme AOK. In 2009, he was elected to become a Member of the European Parliament for the first time, and he was re-elected in 2014 as well as 2019.

Since then, MEP Ertug has been a Member of the Committee on Transport and Tourism (TRAN). In 2019, he was called to hold office as Vice-President of the S&D Group until December 2021. Besides his full membership in the TRAN committee, he is a substitute for the Committee on Industry, Research and Energy (ITRE). He is also a full Member of the Delegation for relations with the People's Republic of China and a substitute of the Delegation for relations with the Arab Peninsula.

MEP Ertug is involved in topics such as the future of mobility, the reduction of CO2
emissions, the introduction of alternative and cleaner means of propulsion as well as the increase of automation and digitalisation. Furthermore, he stands for the rights of rail passengers, aims for simplifying cross-border travel as well as the regulation of guidelines for the development of the trans-European transport network. 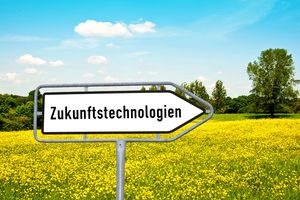