Jorgo Chatzimarkakis has been working at Hydrogen Europe since 2016. He currently holds the position of CEO of the association. He previously covered roles in the planning department of the Foreign Office of Germany, at Infineon Technologies and was Member of the European Parliament (2004-2014) inter alia in the ITRE Committee (Industry, Technology, Research and Energy) where he could contribute to lay the cornerstone for the first and the second Joint Undertaking on hydrogen and fuel cells. He was awarded Hydrogen Person of the Year at the World Hydrogen Awards 2022, “as a major player promoting hydrogen in Europe and world-wide, accelerating collaboration and industry development”.
Jorgo was born in Duisburg, Germany. He holds German and Greek nationality, and a degree in political science from the University of Bonn. 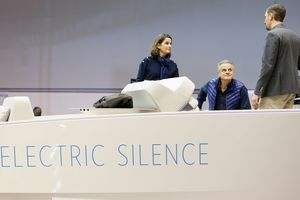 Nachhaltige AntriebePanel: Getting the propulsion mix right – Moving to zero emission by 2050